A Fun Week of Hockey – the Hyde Cup Hockey Tournament in Stowe!

Each March, Jackson Arena in Stowe welcomes hockey enthusiasts of all talents to one of the largest winter attractions it holds – the Hyde Cup Hockey Tournament!  Unique game rules and a friendly atmosphere make the tournament a fun and exciting experience for everyone involved. 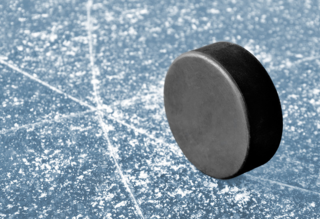 No hockey skills…even better!  Skaters in lower level brackets actually score double points for every goal, making them one of the biggest assets on the team.  Points are awarded to each team by winning periods, scoring goals, finishing with wins or ties and defending shut-outs.  Backchecking, passing, smooth line changes, defensive zone coverage and scoring are all optional.

The Green Mountain Inn welcomes you to Stowe for the Hyde Cup Hockey Tournament.  If you are coming from out of town, our Inn is the perfect place to stay.  Located just 2 minutes from Jackson Arena, your stay in Stowe will be convenient and fun, along with luxurious and comfortable.  We hope to see you soon.

A Fun Week of Hockey – the Hyde Cup Tournament in Stowe!