Britain is coming to the streets of Stowe in September. The British Invasion Block Party is a kick-off for the 26th year of the annual British Invasion Car Show in Stowe, and will be a fun party with some overseas flair. Grab your friends and come down for a night of brews, food, music, dancing, and motorcars.

All About the Block Party in Stowe 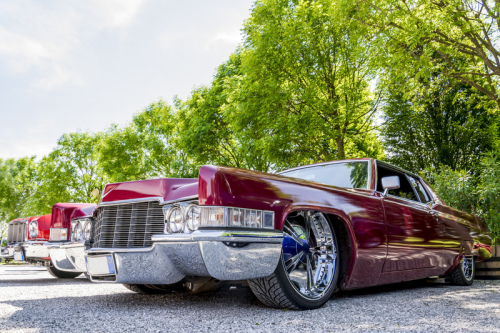 The party will cover Main Street and will feature entertainment in the form of live music. Joey Leone’s Chop Shop will perform and contribute to the festive atmosphere. Wander along the streets and check out the cool British automobiles, then grab some delicious food from local vendors as well as a couple of craft brews. Dance in the street and enjoy the evening. Gear up and get excited for the weekend’s car show in Stowe, and have a relaxing Friday night mingling with friends.

The Block Party in Stowe will be held on Friday, September 16, 2016, from 6:30 p.m. to 9:30 p.m. The event is totally free, including the live music. British motorcars will be parked all along Main Street for you to gaze at and gawk over. There will be everything from James Bond-esque speedsters to vintage and classic cars from before World War II. Modern luxury cars will be on display, too.

Head on over to Stowe, Vermont in September for the British Invasion set against the backdrop of the start of another spectacular fall. For more fun September events, and to be near area attractions, book your fall getaway with us at Green Mountain Inn.