Only in its second year, the Trapp Family Lodge Tree Lighting Ceremony is the perfect way to end your Thanksgiving Weekend. 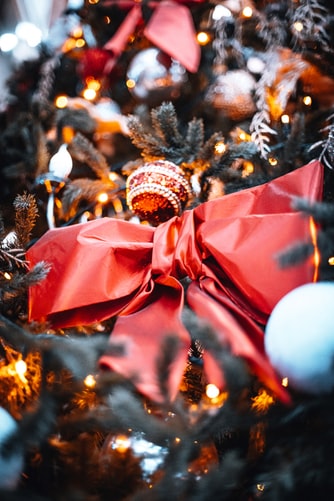 The ‘giving of thanks’ is done (even though some turkey may still be lingering in your home). And as the calendar gets ready to turn to December, heralding in a different sort of holiday activities in Stowe, there is one final November event that will be sure to get you in the spirit of the season. The Trapp Family Lodge is a hallmark in Stowe, Vermont and always has an event calendar full of activities for locals and tourists alike to enjoy. “A Little of Austria… A Lot of Vermont”, this unique mountain resort celebrates the holidays in Stowe with true Old World charm. While their lovely traditional decorations have always captivated visitors, 2018 was the first year that the Lodge decided to host an official tree lighting. Yet after last year’s success, The Trapp Family Lodge Tree Lighting Ceremony is back for its second year!

Taking place on the Sunday after Thanksgiving – November 30 – The Trapp Family Lodge Tree will kick off the winter holiday season in style as they officially turn on all of their holiday lights. Their normal fun activities, from snowshoeing to cross-country skiing, will be available as well as the beginning of their beloved Gingerbread House displays being revealed by their master bakers. The actual ceremony takes place at 5 PM and will include caroling, photo opportunities in front of the glorious Christmas tree, and many other family memories that you will cherish for years to come.

After a jam-packed day of festive fun at The Lodge, you’ll want a comfortable home to return to. Located just 4 miles away is The Green Mountain Inn, offering you all of the comfort and convenience you will need to make your stay in Stowe for the holidays one to remember.

Start Your Thanksgiving Celebrations at the Turkey Skate at Stowe Arena

If you are coming to Stowe for Thanksgiving, skate on by to the Stowe Arena to take part in this new family tradition. 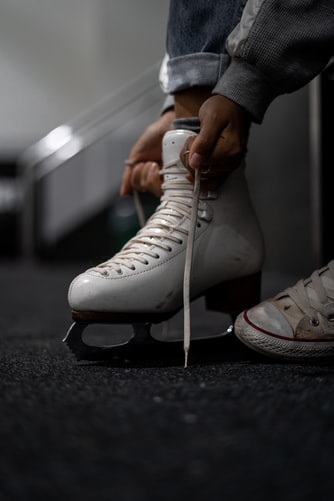 Worry about the Christmas Tree later. Thanksgiving is all about the ‘poul-tree’, both on the dinner table and in the fun final fall activities in Stowe. One such activity takes place on Thanksgiving Day – Thursday, November 28th – and is quickly becoming a new family tradition for residents of the Stowe, Vermont area. The Turkey Skate at Stowe Arena is now in its 5th year and promises to be bigger and better than ever. Taking place before all of the thankful feasting and football games take over the day, the Turkey Skate is two hours (10 AM – 12 PM) of music, tasty treats, and of course, ice skating fun for the whole family!

This new tradition for families celebrating Thanksgiving in Stowe is a festive and fun way to spend time together before the traditional happenings of feasting, football, and family mingling. The holiday celebrating the giving of thanks isn’t always the most stress-free, but for these two hours at Stowe Arena, you can twirl away any anxiety and just enjoy the true feeling of the season. And while Thanksgiving may be the time to count your blessings, not your calories, the Turkey Skate is a fun way to get in a pre-meal workout.

Everyone at The Green Mountain Inn wishes you and yours a joyous Thanksgiving. If you come to Stowe, Vermont to celebrate this day of giving thanks, we would love to welcome you into our ‘home’ for the holiday! Our rustic charm yet modernly-appointed accommodations are an ideal home-away-from-home for a Happy Thanksgiving… followed by a Peaceful Naps-Taking!

Get In The Holiday Spirit With Candy Cane Making Demonstrations

A highlight of the holidays in Stowe, Laughing Moon Chocolates is almost ready to bring back this tasty tradition! 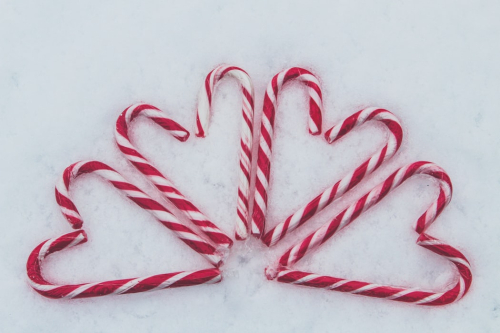 “Cane” you believe that it is almost time for Stowe holiday celebrations to begin? Even though there are always a bunch of Stowe activities that pepper our calendars, there are only a few that truly get us ready for a month full of merry joy! One such event is the annual Candy Cane Making Demonstrations at Laughing Moon Chocolates. A true supporter of the local community and the social responsibility of environmental stewardship, Laughing Moon Chocolates is proud to bring some Stowe holiday fun to our area before the leftover turkey from Thanksgiving is cleaned out of the refrigerator. Starting the day after this joyous celebration of “giving thanks” on Friday, November 29th, the public is invited to watch the talented candy makers boil, pull, turn, roll and twist this favorite holiday treat. Better yet, while it is free to watch, for only $6.00 per person, you can partake in some true festive family fun in Stowe and make your own!!

Laughing Moon Chocolates runs these demonstrations every Friday, Saturday, and Sunday through December 22nd! They begin each day promptly at 11 AM. Yet to cater to the holiday demand and if you are not so much of an early bird, you have a second chance to check out (or participate) in the demonstration at 2 PM on Saturdays. Upon arrival, you will be given a number and served in that order. Space is limited and reservations are not accepted, but they do try their best to accommodate everyone.

Laughing Moon Chocolates is open daily from 9 AM to 6 PM. They are located on South Main Street in Stowe Village. And if you come to Stowe, Vermont to take part in this tasty tradition, be sure to swing by The Green Mountain Inn, just a short walk up Main Street! Our rustic charm yet modernly-appointed accommodations are an ideal home-away-from-home when spending some time during the fall and winter in Stowe. Or if you are just stopping in for a day trip, join us for a locally-sourced lunch at The Whip Bar & Grill!

If you’re looking for a great way to say ‘goodbye’ to fall in Vermont, be at the Spruce Peak Performing Arts Center on November 23! 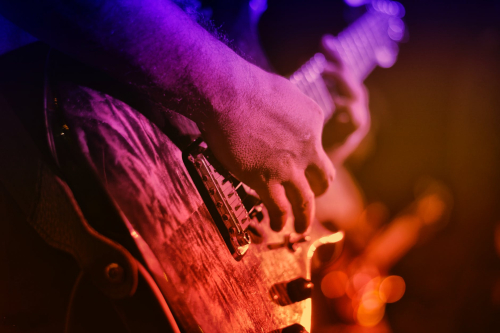 The Spruce Peak Performing Arts Center delights audiences year-round with a variety of world-class events in Stowe. These Stowe events include art shows, dance, comedy, exclusive film premieres, and of course live music. And if you want a way to finish off your fall in Vermont with a night of music, food, and fun while also celebrating some of the everyday heroes in our community, be sure to make plans to swing on by the Performing Arts Center on Saturday, November 23!

Honoring our entire region’s emergency first responders, the Spruce Peak Performing Arts Center will play host to Dave Keller’s Soul Revue with John Fusco and the X-Road Riders featuring special guest Seth Yacovone. The Emergency First Responders Soul & Blues Bash brings together these two celebrated acts for a night meant to celebrate not only the local arts in and around Stowe, Vermont but those who dedicate their lives to protecting our own. In true appreciation of their service, all emergency first responders can take part in the “Buy One, Get One Free” ticket promotion.

Dave Keller has been around for decades, as his passion for deep Southern soul and blues music drives him to continue getting out on the road to perform. Backed by a road-tested band of eight accomplished musicians in their own right, they will take you back to the glory days of Soul with some sprinkling in our Keller’s own compositions. Even though John Fusco may be known more like a film screenwriter, his passion for the blues has led him to the stage. With his own compiled bandmates including Gregg Allman and Seth Yacavone, his rock-tinged set will show why it’s great he decided to come out from behind the camera.

Of course, when you’re done rocking the night away, you will want a comfortable place to lay your head and rest. Be sure to book a room with us at The Green Mountain Inn, conveniently located less than 10 miles from the Spruce Peak Performing Arts Center. And to all of the Stowe First Responders, the entire staff at The Green Mountain Inn thanks you for your service!

Carve Out Some Good Times at The Stowe Halloween Party!

Eat, drink and be scary at this year’s Stowe Halloween Party! 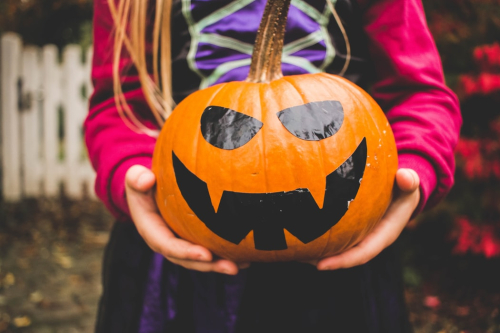 The time of year to celebrate all the wonders of fantasy and imagination with a spooky twist is finally here! Of course, that comes with a mix of creepy history, scary stories, creative costumes, and of course candy… lots and lots of candy! Halloween in Stowe is always a mix of traditional tricks and treats, centered around the annual celebration for kids of all ages (and even the young at heart)! The Stowe Halloween Party has become a true pre trick-or-treat tradition for families and always falls on All Hallows Eve. Keeping the childlike wonder of the holiday alive, kids have a chance to play games that celebrate Halloween in Stowe. Forget pinning a tail on a donkey. As in all past Stowe Halloween celebrations, it is time to try to “Give Frank a Heart”!

This year, October 31st falls on a Thursday. The Stowe Halloween Party takes place after school from 4:30 PM to 6:00 PM, giving all of the kids a chance to participate after their day of learning is through. To make it easier to enjoy all of the festivities, the party is located at the Stowe Elementary School Gym. On top of all of the fun games, this free celebration for those in Stowe for Halloween is full of other ‘treats’ from fun prizes and music to festive food and a “super spooky photo booth”!

Even if by some unlucky ‘trick’ you are not in town to celebrate Halloween in Vermont, spending time in Stowe in the fall is always full of delightful treats. From the resplendent fall foliage to the start of the ski season, book a stay with us at The Green Mountain Inn to ensure a true home-away-from-home experience is had. With comfortable accommodations, convenient amenities, and of course, our signature warm welcoming hospitality, you will be sure to enjoy your visit to our beautiful town!